The Hands-of-Faith Holistic Healing Center is a Wellness Center, but we wanted to share with you that major spas are desirous of incorporating many of the healing modalities, that we offer, into their menu of services.

While the U.S. spa industry has consistently struggled with the definition of “spa,” the 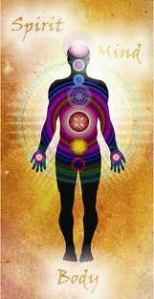 market continues to expand, explore, and test the boundaries of consumer expectations and demands. Although “mind, body, and soul” is the mantra many spas have used throughout the last decade, the “mind” aspect of the spa movement was rarely a priority until energetic services began to attract clients’ intrigue and dollars.

Spas have always offered standard menu items like Swedish massage and deep cleansing facials, however, increasingly energetic offerings are available and helping further spas’ European traditions of wellness. Typically top-shelf destination spas were the only ones dabbling in energetic services, but day spas are quickly embracing and enhancing treatments.

Here we take a look at an interesting set of therapies in a world where diverse healing practices have typically taken a back seat. In the last three years, mind, body, and wellness have been promoted to the “A” list in the spa lineup.

To some extent, this transition is being integrated through the introduction of new therapies to the traditional spa menu. More spas are offering energetic healing treatments that were once only found by going to small group, or individual, practices. Spas are offering many of these therapies under one roof, and the shift is creating a host of opinions.

Open Flotation Tanks — Remember the floatation tanks of old that isolated the individual into “altered states” of consciousness? Tanks of the sensory deprivation sort were the norm years ago, but today’s open flotation tanks allow self-meditative practice without the claustrophobic qualities of an enclosed tank. Some spas have gone so far as to place open float tanks in atriums and sun rooms for added effect.

Sound and Color Therapy — Sound and color have played therapeutic roles in wellness practices for years. Technology has increased the potential of these two powerful healing modalities. LCD lighting rooms can change colors or “seasons” as the minutes of a treatment pass, allowing for an array of mood-altering hues throughout. Sound therapy affects one’s mood and thought patterns as well. New headsets and specialty rooms allow for individuals to program their time at the spa with sounds of nature, the chiming of crystal bowls, or anything in between to alter their states.

Hypnotherapy — Guided imagery, meditative group or individual activity life coaching, and emotional balancing each affect how an individual perceives the environment and moves beyond coping to an enlightened state of self expression and life exploration. While hypnotherapy still suffers from old stereotypes of a swinging timepiece or mind control, the reality is that hypnotherapy or guided imagery is a powerful way of using the imagination to enhance one’s thought patterns. Some spas are even renting out meditation rooms so frazzled city dwellers and business people can unwind during lunch or take a break before a dinner meeting.

Acupuncture — One of the oldest known paths of medicine, acupuncture is now being used at spas for increasing energy, treating aches and pains, and even addressing specific conditions like smoking. Oftentimes practiced in tandem with Traditional Chinese Medicine, acupuncture has proven to be very popular among spa-goers and can be found in a variety of settings from resorts to day spas.

Soft-movement Modalities — Ni, tai chi, pilates, Body Flow, yoga, and power ballet are among the variety of exercise options popping up at spas around the country. Offered as single classes or in packages, soft-movement modalities are popular among baby boomers who found themselves in high-impact aerobics classes only a decade ago. Some spas are now built around a signature type of fitness program and are proving to be exceedingly popular.

Water-themed Spas — In the early years of day spas, many defined a true spa as one offering hydrotherapy. Consequently, several spas added $50,000 wet rooms to their spa’s design only to realize they could not effectively promote their new investment. Water-themed treatments are making a comeback, and the approach is mainly therapeutic, with significant attention given to staff training and client education.

As energetic healing becomes more popular, some issues have arisen surrounding how treatments should be packaged and practiced. Therapeutic massage, in particular, remains a misunderstood modality in many communities despite the fact it has been a popular spa service for more than two decades. Among the most controversial issues is the blending of guided imagery or forms of hypnotherapy with full body massage. While some feel the combination takes control away from the client, others feel the partnership is ideal.

Deborah Berndt, a certified hypnotherapist practicing in Denver, Colo., says the client is always in control. “Clients create their own experience and guide hypnotherapy sessions,” she says. “Oftentimes, clients will change my suggestions during a session into their own. A hypnotherapist merely takes the client’s wishes and creates carefully worded statements so the psyche hears the statement correctly,” Berndt says. Likening hypnotherapy to finding a genie in a bottle, Berndt points out that clients need to be careful what they wish. “A hypnotherapist facilitates the client’s wishes to guarantee the best possible outcome. Combining massage with hypnotherapy is a natural progression of that type of healing work. In fact, the blending of the two therapies creates a more thorough opportunity for personal growth and healing.”

Mark Moshchinsky, a certified hypnotherapist and acupuncturist based in New York, N.Y., says energetic therapies have been blended for years. “Many practitioners have been practicing combinations of mind-body therapies for the life of their career. It is only now getting attention because it is being done in spas, and that is a more commercial setting than a private practice.”

But not all practitioners and spa owners agree with this new trend. Monique Maley, owner of Daya in Austin, Texas, feels energetic services might be better placed in wellness centers. “Day spas can certainly offer energetic services but at some point it becomes impractical to offer very specific modalities at a spa,” she says. “The therapists who are highly skilled in specific treatments, like Quantum Touch for instance, are very difficult to hire. At best, they want to be independent contractors, which isn’t an option for us.” Oftentimes, Maley says, highly skilled and more advanced practitioners like to work out of a wellness center and operate their own practice. “They have their own practice out of a medical office or wellness center where various practitioners have individual businesses,” she adds. “I don’t like the feel of that type of environment. It seems too ad hoc. A medical spa is probably the best environment for more advanced energy work. Going to a day spa for advanced healing is a bit like going to a grocery store to see the dentist. It could be done, but the consumer doesn’t tend to trust that type of environment. A physician-run practice is a much better environment for the deeper forms of energy work.”

Doris Bissonnette, massage therapist at Spa Chribourg in Quebec, Canada, feels energetic work goes to the place most in need of the energy. “The technician giving Reiki is like an energetic canal,” she says. “The energy given is immediately received by the areas lacking in the client. While Reiki is always a healthful therapy, it is more powerful when enjoyed with massage or a body treatment. In any profession, you will have technicians of various skill levels. Training and advanced education levels will be different from one practitioner to the next. The most important thing is for the consumer to find out more about the individual performing the service before going in for a treatment.”

Who Stole My Chi?

Energetic therapies are far from being a new spa phenomena. In fact, roughly five years ago, a client of a well-known destination resort and spa sued the facility because she felt the massage therapist who gave her a treatment while at the resort stole her chi. It became the task of the court system to determine how to handle such a claim until the case was finally settled out of court.

Reiki, Ortho-Bionomy, polarity therapy, Zero-Balancing, and Quantum Touch are just a few of the many healing modalities being routinely practiced throughout the world. However, as more spas begin embracing options like acupuncture, guided imagery, gem stone therapies, and ayurveda, there is a risk that consumers will become lost in the shuffle and all healing arts professionals will suffer from the stigma of a few who misrepresented modalities in their haste to promote the services at their facilities.

Reenita Malhotra, owner of Ayoma Life Spa at the Hotel Valencia in San Jose, Calif., says there may be too many therapies offered at spas, and similar facilities don’t offer a lot of substance. “There are a lot of specialty services being offered out there that can result in malpractice that simply aren’t being taken seriously,” she says. “Many of the ayurvedic treatments offered in the United States are being administered by therapists who don’t have a complete understanding of the art and science that is ayurvedic medicine and healing.”

To Malhotra, energetic work, like ayurveda, can be confusing to clients. “There is a gross energetic level and a physical level in which toxins express their qualities,” she says. “In ayurveda, the therapist must bring the subtle energetic toxins and convert them to the physical so they can be worked on and eliminated.” She cites as example the fact that a person with emotional depression could express their toxic quality of that feeling to a physical state. “A client being worked on might detoxify their system, for instance, by expelling mucus,” Malhotra says. “To the client, this could be very disturbing if not explained, because they would not understand the sudden change in their bodies.”

Beyond the realities of detoxification and opening energetic blockages, there are control issues. Take for instance clients who feel afraid they are giving up their power to therapists who work on their energy. The client who felt her chi had been stolen may have also felt she was particularly vulnerable during her massage session without understanding the intention of the therapist. “This is the problem that arises out of lack of communication between the client and the therapist — sometimes certain modalities will not help with the problem the client is experiencing,” Malhotra says. “If that is the case, that should be pointed out early on so they can seek alternative therapies. Ultimately there are two types of spas — fluffy or relaxation spas and wellness centers or medical spas. Serious therapies belong in the latter category.”

Professionalism in the Future

As the spa industry develops, many who are directly involved with its future progress are longing for further explanation of how that growth will be laid out. Industry standards and unified licensing programs to define boundaries and clarify qualifications are necessary at a minimum. The inclusion of industry standards are only a portion of the progress that needs to occur to ensure the safety of consumers and to reinforce the level of professionalism sought after by practitioners.

By Melinda Minton a massage therapist and spa consultant, with expertise in cosmetology and marketing, living in Fort Collins, Colo. Minton is founder of The Spa Association, an organization dedicated to enriching the beauty industry through self-regulation, education, and sound business practices. Minton later founded The Spa Foundation, a nonprofit organization that awards scholarships to underprivileged men and women. Contact Minton at melinda@mintonweb.com.

3 thoughts on “The Mind-Body Spa Experience”