Victoria Robertson, a Boulder, Colorado, based certified massage therapist and until 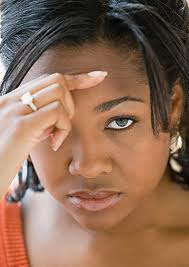 recently head of a massage school in nearby Broomfield, took a look at her students and noticed how very much they resembled her massage clients: mostly female, mostly middle class, and overwhelmingly white.

“We’re at a time in the world where there needs to be diversity everywhere, particularly in healthcare,” Robertson says. “I’ve seen that the classrooms are filled with predominantly middle-class to upper-middle-class white women. There aren’t even very many men. That just doesn’t seem right. Something’s wrong with our marketing or with how we’re educating the public.”

And so Robertson, who is of mixed ethnic heritage, has made it her mission to increase diversity of massage practitioners and clients. She’s determined to educate people of color about the benefits of receiving massage and the possibilities of a rewarding career in bodywork.

She’s finding it an uphill struggle, though, filled with as much frustration as success.

“I think in order to entice non-Caucasian students to a school, you have to go into the community, work at getting their confidence,” she says.

Recent studies have shown that minorities in general, and African-Americans in particular, are much less likely than whites to engage in any sort of holistic-type healthcare practices, whether it’s massage, acupuncture, yoga, or any of a dozen modalities.1 So she set out to take her message about the important health benefits of massage into minority communities. She’s gone to health fairs, church groups, women’s clubs–wherever she can get her foot in the door. She is determined to portray massage as not just something for pampered white women vacationing at expensive spas.

A Question of Faith
Determined to pinpoint the source of this reluctance to receive massage, Robertson is teaming with Denver physician Terri Richardson, who has practiced internal medicine for 20 years and frequently recommends massage therapy and therapeutic touch to patients. The two hope to design a survey so they can begin to empirically study the issue. They have anecdotal evidence, and they have theories, but so far they’ve found nothing in the scientific literature to fully explain the disparity.

The one form of alternative medicine that is extremely popular among blacks–even more so than among other groups, studies show–is prayer. And Richardson speculates that the emphasis on faith may also contribute to an antipathy toward massage.

“Some people have said, ‘You have to be careful who is doing the massaging. It has to be a spiritual person.’ They didn’t mention the race or ethnicity of the therapist being important, but they want to make sure their beliefs are in line with the therapist’s. Do they believe in God? That’s something they’d want to explore before allowing someone to give them a deep, full-body massage.”

Robertson once sent out gift certificates for free massages to 30 African-American professional women in her home community of Boulder. Just three of them accepted the offer.

“When I’ve done presentations to black women’s groups, the response is very interesting,” she says. “They seem to be accepting, if they can stay dressed. But when we talk about getting a massage and disrobing, getting on a table, there starts to be reluctance. It’s not very scientific, but I’ve heard people talk about not being deserving, and I’ve heard others say they’re not comfortable with another woman and others say they’re not comfortable unless the therapist is another person of color. It’s hard to pin down.”

Overcoming Stereotypes
Shanika Thompson is director of A Woman’s Worth, a faith-based holistic ministry in Denver, geared to women of color. At monthly meetings, the group emphasizes health education and total wellness. Thompson witnessed just what happened when Robertson addressed a gathering of about 65 women there recently.

“I was appalled,” Thompson said. “Most of the women had never gotten massages before. It wasn’t that they didn’t want to. And it’s not that it didn’t interest them. But maybe it’s that massage just hasn’t been marketed properly to them. The misperception about massage was that it is so expensive, totally not affordable.”

Richardson is hoping more education in minority communities about the benefits of massage therapy will overcome the stereotype of massage as a high-priced indulgence for the wealthy. She’s convinced that the health of the African-American community depends on getting out a different message. The reason: the devastating role that stress plays in the lives black Americans–much more so than among whites, in general. And stress contributes to high blood pressure, coronary disease, and a host of other chronic ailments.

“Many of the issues African-Americans are faced with revolve around stress, the physical manifestations of stress,” Richardon says. “We need better ways to deal with stress than taking drugs. African-Americans need to know that it is cost effective to have a massage. They need to know all the things they can do to lower their stress.”

The answer, she says, is to continue doing what Robertson has been doing: educating the public. Market to groups that haven’t been targeted in the past. And link massage to a broad array of health-inducing behaviors.

“A lot of the churches have a good focus on health, and they have people in their churches dedicated to working on the health of their congregations,” Richardson says. “Within 10 years, people may catch on that this can be beneficial for their overall health. A pill won’t put you in a total state of well-being. You need healthy eating, being physically active. You need a multifaceted approach that will keep you going in a good, functional way.”

Rosalyn Reese, health literacy project coordinator for the Center for African American Health in Denver, agrees that the massage industry must do a better job of marketing itself in minority communities if it hopes to gain more clients and practitioners of color. “Appealing to a wider audience requires visibility in the community,” she says. “Attend functions that primarily target people of color and offer introductory specials.”

Signs of Optimism
For all the discouraging statistics and rebuffed attempts at enticement, there are also causes for optimism on the diversity front.

Strides also are being made among industry professionals. Not all people of color within the massage and bodywork industry feel conspicuous. “I think the lines of color continue to be erased. I haven’t really experienced anything outright that would tell me otherwise,” says Kelly Carter, 33, a massage student in Boulder who is of mixed African and Hispanic heritage. He chose to pursue a career in massage therapy because he saw it as presenting economic opportunities he didn’t find elsewhere.

“I’ve chosen this as a means to get a better-paying job and a better-paying lifestyle,” Carter says. “And I’ve always been the type of person that likes to help other people. It’s definitely gratifying for me to see the changes that happen with massage.” He says massage and complementary medicine was something he experienced growing up in heavily-Hispanic southeast Colorado. “My family, on both sides, is very open to the idea of massage and alternative care for the body.”

The Role of Socioeconomics
Marjorie Johnson, 43, a massage therapy instructor who also has a private practice in Boulder, believes that it’s not race but socioeconomic issues that account for most of the divide between those who receive massages and those who don’t. But that’s something massage therapists can change, if they’re willing.

“If you have a private practice, you’re working on people who have the money to support that,” she says. “Otherwise, you need to offer your services to a clientele that may have more restrictions financially. Massage therapists working in hospitals aren’t making what a private massage therapist is making, but they’re making massage available to a different clientele. You have to be proactive in making it happen. You can’t just sit back and expect people to know what massage is.”

By Rebecca Jones a Denver-based freelance writer who embraces life and myriad topics. Contact her at killarneyrose@comcast.net.

5 thoughts on “Cultivating Diversity – Spreading The Bodywork Message To Minorities”