Bioenergy, the assumed basis of what is now commonly called “healing,” is a complicated 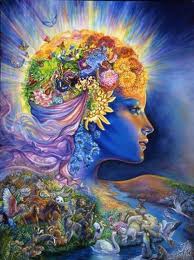 subject for many of us — and an even more complicated subject for research. In this evolving field of science, experts offer a variety of definitions, explanations and mechanisms for the process.

Of course, the village shaman and his patient need no such information because, as believers, they have faith in the outcome. But in our Western world of ever-increasing demand for alternatives, science and, indeed, traditional medicine call for the clinical-trial stamp of approval before allowing admittance to the throne.

To address the issue of quality healing research, the Samueli Institute for Information Biology in Corona del Mar, Calif., held its first American symposium in January 2003, focused on clarifying definitions and standards in this area. The work presented was a representation of top experts in the bioenergy field and provided a thoughtful platform from which to launch future studies. The full text, a portion of which is represented here, is published as a supplement to Alternative Therapies in Health and Medicine (May/June 2003).

Information Biology is defined by the Samueli Institute as “the interaction of biological processes with informational signals,” those being “non-physical interactions between living organisms that are separate from molecular and electromagnetic carriers.”1 These informational signals, which we generally also include in reference to the term bioenergy, are: “ultra low dose hormetic and homeopathic exposures, non-ionizing and non-thermal electromagnetic and magnetic signals, biofield or ‘subtle energy’ signals that emanate off the body, digitally produced signals, the family of signals that accompany consciousness, such as mental intention, the transfer of meaning between individuals in relationship (semiotics), the placebo effect and the healing influences of spirituality.”2 For our purposes here, the more common term of bioenergy will generally be used to discuss such interactions.

Defining and Refining
One of the main tenets of the symposium — providing standardized definitions of terms — was fulfilled by Larry Dossey, M.D., editor of Alternative Therapies in Health and Medicine. He defines bioenergy as, “A force or influence believed or hypothesized to flow through and off of living systems,” including in this category such concepts as qi and prana.3 Energy healing is based on this precept and allows also for the influence of such factors as intent, consciousness, perception and mindfulness.4 Thus, healing as defined by Dossey is, “Those physical, mental, social and spiritual processes of recovery, repair, renewal and transformation that increase wholeness, and often (though not invariably), order and coherence.” However, he notes this “emergent process … may or may not involve curing.”5

According to Beverly Rubik, Ph.D., of the Institute for Frontier Science in Oakland, Calif., “There is no consensus among scientists regarding the nature of the biologic field,” whether it involves electromagnetic (EM) properties or a combination of these with other uncharacterized fields.6 But this concept of the presence of EM components interacting with the self-organizing and bio-regulation ability of the organism is seen as a premise for the effectiveness of energy-related therapies. “The rapid signal propagation of electromagnetic fields comprising the biofield as well as its holistic properties may account for the rapid, holistic effects of certain alternative and complementary medical interventions,” Rubik says.7

While the big picture is more complicated than these few “simple” statements above, we have a basic framework from which to pursue the next level of concern: The state of research. Most experts agree the bulk of bioenergy healing research thus far, as with many alternative treatments, is woefully lacking in meeting the gold standard of clinical studies.

As reported at the conference, a systematic review by Cindy Crawford et al. of 90 clinical and laboratory studies of hands-on and distance healing conducted between 1955 and 2001 revealed major methodological flaws, including the usual problems in blinding, data collection and reliability of outcome measures. The review team did note, however, that distance healing studies rated “higher in quality than hands-on healing” and laboratory trials fared better than clinical ones.8

Two members of this same team have also reported (Alternative Therapies in Health and Medicine, March/April 2003) on a survey of 12 experts in the field, summarizing their opinion of research conducted in the areas of spiritual healing, energy medicine and intentionality. The conclusions support, to varying degrees, the effectiveness of bioenergy medicine, although there is no overwhelming evidence pointing to healing of specific diseases. While intention showed a small impact on non-living random systems, this effect was increased in living systems, specifically on the autonomic nervous system and skin conductance, and even more so on pain and anxiety. There was a lack of quality studies in spiritual healing, but those in evidence suggested a benefit for the chronically ill.9

The Samueli team, reflecting on the results of this survey, then came up with a number of methodology suggestions. For example: Although pilot studies are beneficial, their results should not be over-interpreted, as samples are usually small, controlled trials should include structured qualitative designs, and ethical considerations should include informed consent. In addition to basing proposals on theories that are grounded in physics and biology, the team says goals should also be aligned to the methodology in such a way as to not attempt achievement of more than one primary goal in a single study.10 These recommendations make sense in that they more tightly control the work and ensure a more scientifically-based outcome.

Standards and Guidelines
While the complete text of the Samueli symposium is too comprehensive to cover in depth in this column, a few highlights on research standards and guidelines may give readers an idea of the direction in which this field is headed.

The team of Sara Warber et al., basing their recommendations on known principles of randomized controlled trails, detailed a number of issues for application in bioenergy research: Design, intervention/treatment and selection of practitioner, comparison groups and blinding, and outcome measurements. For those interested in pursuing bioenergy studies, this outline can serve as a useful template for overcoming the most common pitfalls identified in current literature.11

Specifically, the authors note the importance of choosing adequately trained and qualified practitioners along with a matching of intervention and potential bioenergy effects to the disease state based on thorough investigation of current knowledge. Blinding must be adhered to, and outcome measures, along with analysis, should follow the high standards of clinical trials, “while dealing appropriately with the complexities inherent in biofield healing.”12 Despite the challenges presented in applying an intervention for which we still have no well-defined or scientifically proven explanation of mechanism, researchers must adhere to solid study design and its implementation in order to amass a body of sound, internally valid literature.

In their presentation of bioenergy research guidelines, the team of Kenneth Hintz et al. begin with the postulation, “There exists some form of bioenergy that has the capacity to do work and that this energy behaves in a manner similar to electricity in that the physical concepts of electromotive force, current and impedance have their equivalents in bioenergy.” There follows the conjecture that “bioenergy healing is the transfer of information from a practitioner to a healee.”13

If bioenergy healing is a function of electrical transmission of energy, then, say the authors, there already exists within the electrical engineering discipline the appropriate types of measurements for conducting these studies. And if electricity is eliminated as a mechanism, other sources can be pursued through indirect measures, such as in vitro experiments, that eliminate the influence of human intentionality and psychological factors.14 Thus the team’s model, focused on this electrical theory, leaves aside concepts of consciousness and spiritual healing “that cannot fit into a conventional time, space and information transmission framework.”15

The guidelines for direct measurement of electric, magnetic or electromagnetic properties relate to the potential of the practitioner to transfer information. Some, such as shielding against effects of other static or radiated fields, are focused on minimizing the influence of frequencies not directly related to the mechanism of practitioner transfer. Others involve stringent documentation of minute details, such as positioning and movements of practitioner, and status of equipment and environment.16

An additional set of guidelines for indirect measurements reflect procedures to be followed in assessing effect on the healee or some other target system. These more closely follow those already suggested in basic clinical design, e.g., randomization, blinding, controls and sample uniformity, but with a more extensive reach. For instance, the team recommends blinding not only of the data collector, but all scientists involved in the study. An experimental control condition should be included “to evaluate the specificity of a purported biofield effect,” and randomization should take place “at each decision point in the protocol.”17

These guidelines are a far cry from the sometimes lax manner in which a majority of healing research has been conducted, with the blinding of practitioners being a major contention. The authors point out that despite a growing body of work on the measurement of external qi, rigorous methodology has not been applied and the instruments used have not kept up with state of the art. Thus many results remain in question. Additionally, it is suggested there are those practitioners whose involvement in a study that shows positive results could be construed as opportunistic, providing them a means for increasing their financial worth as a healer.18

In addressing the problems inherent in bioenergy research, the Samueli participants have covered a wide range of definitions, mechanism models and study designs, each with its appropriate place in building an integrated framework for a very complicated and nebulous subject.

The Paradox of the Paradigm
In healing research,” Dossey says, “we face a paradox. Most healers acknowledge that healing cannot be forced to happen. At some point the healer must relax into a state in which she or he permits the healing process to proceed in its own way. This strategy of stepping aside has been called ‘doing through not-doing,’ ‘purposeful consciousness,’ a ‘controlled accident.’ Although irrational, the accounts of actual healers worldwide abound with descriptions of this sort.”19

With this in mind, Dossey says, we might be wise to allow a little more “give” in how we approach, define and assess healing, for this might be the key to the survival of the field.

By Shirley Vanderbilt a staff writer for Massage & Bodywork magazine.

5 thoughts on “Bioenergy Research: The Capacity to Heal – Somatic Research”