A Global Guide to Healthy Drinks

Posted on September 10, 2012 by hofholistichealingcenters

Recently, spas have been trending toward beverages with a variety of healing properties, including the ability to flush out bodily toxins, increase blood flow, and provide energy. Perhaps most interesting, these drinks are worldly concoctions and bring with them mystical qualities from the global regions in which they originate. 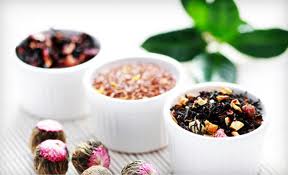 Javanese jamu, ayurvedic tea from India, Tuscan tisana, Italian barley coffee, French vineyard twig teas, and healthy homemade infusions Ã¡ la California are springing up at destination, hotel, and day spas around the country and on the Internet, making these alternative beverages an instant hit with clientele. What are these drinks, what are their healing properties, and, most importantly, where can you get them?

Ayurveda Tea (India)
Some say ayurveda is as old as the world itself. According to this ancient Indian healing system, human beings and nature should be in perfect harmony. Disease occurs when the equilibrium between these two is disrupted, and a poor diet is considered the major cause of illness. Ayurvedic doctors recommend everyone should shift their diet according to seasonal changes and eat and drink ayurveda teas appropriate to their individual dosha type (an energetic force contributing to overall constitution, combining physical, mental, and emotional characteristics). The three doshas are vata (air and space), pitta (fire and water), and kapha (earth and water), although many of us are a combination of two of these.

Ayurveda teas are made for each of the three doshas, and there are tridosha blends appropriate for everyone. The vata tea helps with rebalancing the nervous system and digestion in the colon, while the pitta tea balances acidity and soothes the stomach, also acting as an antihistamine. Kapha tea balances digestion in the stomach, prevents discomfort during and after meals, and stimulates metabolism without caffeine. Tridosha tea, for all dosha types, aids in detoxification.

Dr. Vikas Gupta at the Ananda in the Himalayas Spa in Rishikesh, India, suggests vata people use coriander and fennel; pitta types try licorice, mint, fennel, and coriander; and kapha individuals focus on ginger, clove, and pepper. This destination spa serves a variety of herbal elixirs and vedic teas.

Reenita Malhotra Hora, author of Inner Beauty (Chronicle Books, 2005), is an ambassador for ayurveda in the United States. In addition to her own ayurveda spa, Ayoma LifeSpa in San Jose, Calif., she also heads up Ayoma Inc., where ayurveda teas are available online. Her herbal combinations include hibiscus, gotu kola, and licorice for the pitta tea and gotu kola, vetivert, and ginger for the vata tea.

Ayuverda practitioners recommend no ice in beverages, and some suggest drinking water stored in copper vessels to detoxify the body and boost the immune system. Others, such as Swami Sada Shiva Tirtha, author of the Ayurveda Encyclopedia (Ayurveda Holistic Center, 1988) suggest rather than buying a box of ayurvedic tea, make your own.

Tirtha’s recipe for tridosha chai tea is appropriate for everyone:

Tridosha Chai Tea
Use a half to 1 teaspoon of each of the following (all of these ingredients are good for digestion): coriander (good for skin diseases, colic, rheumatism); cardamom (reduces caffeine toxicity, helps coughs and asthma); fennel (relieves heartburn and nausea); cinnamon (good for circulation, nerves, joints, congestion); and spearmint (helps nausea and promotes sleep). Use one-and-a-half cups of water per cup of tea and boil water with spices. Then, boil on low flame for another minute with milk (goat milk is recommended for kapha types) and whole cane sugar or maple syrup.

Tisana (Italy)
When Stephen Sinatra, cardiologist, nutritionist, and coauthor of Spa Medicine: Your Gateway to the Ageless Zone (Basic Healthy Publications), tasted a cup of tisane #10 at Gurney’s Spa in Montauk, N.Y., he recognized the licorice and knew of its healing properties, mentioning he gave it to his kids for asthma. While renowned herbalist Costanza Giunti of Il Laboratorio dell’ Erborista in Tuscany doesn’t make that claim, she has healed many with her personal herbal blends of tisane, which are available at a growing number of spas in her native Italy, as well as in the United States.

Based on traditions from ancient Egypt and Greece, Giunti uses a holistic approach for creating and prescribing her tisane. Drinking these beverages has helped to stimulate milk for nursing, aided in weight loss, and reduced stress.

Tisane is a medicinal beverage made from plants whose active agents are extracted by water. The whole, non-pulverized herbs, roots, and barks are harvested by hand according to the cycles of the moon. Giunti advises those harvesting the herbs: “While you pick the plant, you respect her and thank her for giving richness to us. Think positive thoughts as you handle the herbs.” She blends about 70 different herbs, which are not distilled or gassed, but instead dried on racks in a temperature-controlled room.

In Italy, at the renowned Terme di Saturnia spa in Tuscany, doctors integrate Giunti’s tisane into the dietary and spa services for detoxing, improving eating habits, and for their anti-cellulite properties. Spa and medical director Nicola Fortunati explains, “Tisana is an ancient way to absorb the substance. It’s important for us because it is local, powerful, and effective.”

In the United States, you may sip a tisana in a Tuscan-themed spa in a California desert community. Opened last spring, the Well Spa at Miramonte resort (www.miramonteresort.com) captures the spirit of Tuscany stateside. A dozen tisane are also available online through the Scarangello Company Inc., run by Gina Molinari. She stumbled across tisane as a tourist in Italy seeking relief from over-indulging in rich cuisine. She was surprised at the almost immediate relief and was determined to help others “trying to help the body help itself” by importing these Etruscan elixirs and selling them both to spas and individuals in the United States. Today, Molinari refers to her kitchen as an herbal pharmacy, calling the tisane her gold. She also leads small groups on Healing Harvests Journeys, a rich cultural experience with participation in the whole process of harvesting, producing, and tasting these teas.

Where to Get It:
Scarangello Company Inc.
718/216-3532; www.healthytea.biz
Some of Molinari’s tisane include Liver Cleanse, a catalyst for the body; Colon Cleanse, to maintain regularity; and Promo Gest, which improves digestion and heartburn.

Barley Coffee (Italy)
Grown by ancient Egyptians, barley is considered the first cereal cultivated by humans. The oldest remains of barley date from 8000 BCE in Syria. But roasting barley as a beverage began in the Middle Ages in Europe. It was popular in France and Italy, where it was cheaper than coffee. After World War II, it fell out of favor as regular caffeinated coffee became cheaper to import. In the 1950s and 1960s, drinking barley coffee was associated with the poor. But in the 1970s, after people became aware of health problems linked to coffee, the popularity of barley coffee soared in Italy. Children and seniors drank it as a source of calcium and phosphorus. It is also recommended for postmenopausal women and those who are gluten intolerant.

Barley coffee is a light, anti-inflammatory drink that protects the mucus lining of the gastric system in the intestines. The roasted kernels of barley provide a digestive benefit as well. It is ideal for morning consumption when it prepares your stomach, melting the overnight liquids and toxins in your body. This non-caffeine beverage is also great for those weaning themselves from coffee.

Where to Get It:
www.healthytea.biz
Biodynamic barley coffee producer Carla Petrotta takes her barley from Pitigliano to Siena, site of the only wood-burning roaster left in Italy. This “Orzo” is produced by Poggio del Castagno and imported by the Scarangello Co. Inc. The same roasting plant in Siena, Premiata Torrefazione Senese, produces their blend with a secret family recipe for roasting passed down for five generations. At the plant, Leonardo Montanari says, “We use no preservatives, no coloring; it’s just as it comes from Mother Nature.” His father Gabriello adds: “No changes have been made to the process of producing this barley coffee since 1831.”

Barley coffee may be prepared with a filter or drip coffee pot, using one tablespoon per cup. In Italy, it is sold at regular, instant, and espresso strengths.

Jamu (Indonesia)
In Indonesia, where idyllic landscapes surround and spas are popping up at lightning-fast pace, herbs have been used to treat diseases, to ward off evil spirits, and to promote virility and fertility. Jamu is a versatile, traditional Indonesian medicine promoting both inner and outer beauty, often taking the form of a homemade tonic or brew. While some argue the medicinal use of plants in Indonesia dates back to prehistoric times, the origin of this herbal medicine can be traced to the 17th century palaces of Central Java, where princesses used it to create beauty potions.

Nowadays, homemade jamu is available at luxurious spas such as the Malaysian Jamu Nature Spa at the Andaman Datai Bay on Langkawi Island and The Martha Tilaar Spa at the Crown Princess in Kuala Lumpur. The Four Seasons Spa at Jimbaran Bay in Bali features a tantalizing natural drinks bar, where you can choose from mouthwatering tropical fruit juice combinations or the jamu wanita, which is believed to clean the blood, improve vitality, and act as an aphrodisiac.

Jamu is made only from herbs without chemical or artificial additives, so the natural balance of active enzymes and vitamins can revitalize the body. While the specific ingredients vary from one jamu to another, all are plant-based (leaves, roots, and barks) and part of a holistic therapy based on the different stages of the lifecycle. Jamu functions as a general tonic to maintain good health, but also may treat specific illnesses or body issues ranging from lack of fertility to removing body odor.

Where to Get It:
www.martha-tilaar.com
Martha Tilaar, the CEO of a series of Eastern rejuvenation centers in Indonesia, developed jamu as a commercial product by mixing ancient formulas with modern technology. Her jamu recipes came from early studies with her grandmother and her own experimentation for self cures to help her become pregnant. Now a grandmother herself, she heads up a huge company, including a variety of spas serving jamu. At her headquarters in Jakarta, Java, I sat at the jamu bar and sipped a magical blend. Later she told me, “Jamu is the natural ingredient found in the herbs, plants, and trees that grow in the Indonesian rainforest. Many of these plants are only found in Indonesia, and their efficacy has been tried, tested, and proven over seven centuries. I try to preserve our culture and use the beauty treatment to beautify women and help create an identity for Eastern women.”

By Iris Brooks a widely published author who has traveled to, written about, and been pampered on seven continents. Whenever possible, she seeks out indigenous healing treatments connecting mind, body, and spirit.